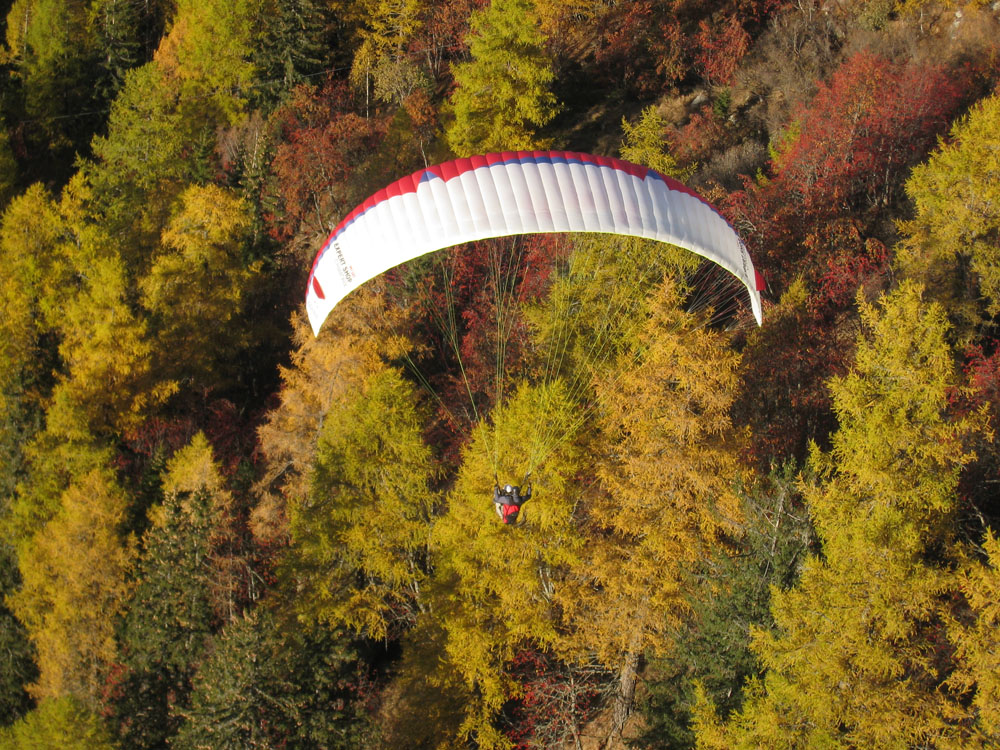 Dangers / Difficulties: inflating the glider is often awkward as the launch is on a camber & the slope drops away quickly causing a small rotor on the ground where the glider is prepared. The aerology of the site is somewhat unusual in the thermodynamic conditions. The whole site is at the limit of a large rotor generated by the plateau of Coupeau (situated to the right of take off) – avoid this zone. To the left of take off the Western shoulder of the Merlet animal park offers good soaring conditions

Due to problems with the landing area this site is not really opertional.

Beware the landing is very technical & a landing area rarely available due to works in the gravel pit.

Specific rules: avoid flying over the animal park so as to avoid scaring the animals & causing conflicts with the owners.